Opatija is known as the ‘Old Dame’ and Pearl of the Adriatic. It is remarkable seaside resort town with a long history of tourism stretching back to 1844, when the first villa, named Angelina, was built. It is situated in the northern part of Adriatic, below mountain and Nature Park Učka at the point where the Mediterranean reaches most deeply into the European continent.

The contrasts of sea and mountains, green parks and blue ocean, old buildings and modern comforts, noisy entertainment venues and quiet destinations for excursions all combine to make Opatija and its surroundings a very attractive tourist resort at any time of the year.

The Croatian Walk of Fame project in Opatija was launched in 2005  as a symbolic tribute to all the people whose sporting, scientific, cultural or artistic endeavours have contributed significantly to the worldwide promotion of Croatia.

Potential candidates for inclusion are nominated by the project’s independent Nomination Board consisting of several noted public individuals. From the board’s nominations, readers of the media sponsors then cast their vote to decide which two candidates (one living, one awarded posthumously) should have their stars included in the Croatian Walk of Fame. 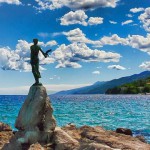 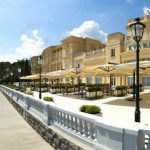 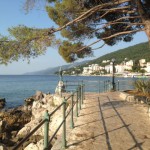 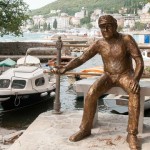 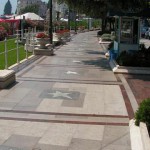 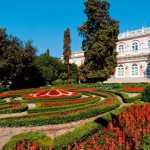